Over 60 Heads of Mission, including 35 non-resident Heads attended the week of events under the theme “Building Stronger Partnerships for Sustainable Development”.

Eight newly appointed Heads of Mission presented copies of credentials to Senator the Honourable Kamina Johnson Smith, Minister of Foreign Affairs and Foreign Trade and then to His Excellency, the Most Honourable Sir Patrick Allen, Governor-General.

The Most Honourable Andrew Holness, Prime Minister addressed the Diplomatic Corps on day two of the event.

Other Senior Cabinet Ministers also gave addresses throughout the week on a range of issues relating to sustainable development.

While in Jamacia, High Commissioner Rahming used the opportunity to connect with Bahamian students attending the University of the West Indies at Mona. He hosted the students to dinner and presented them with goat skin drums and cowbells as gifts.

The students requested the equipment to use for cultural exhibitions on their campus.

High Commissioner Rahming thanks Audio Plus and Mr. Glenard Knowles of the Fancy Dancers Junkanoo Group for their support in this initiative.

The Most Honourable Andrew Holness, with members of the Diplomatic Corps at Diplomatic Week 2019 in Jamaica.
High Commissioner Rahming (last row, 3rd right

High Commissioner Rahming presented the students with Cowbells and Goat Skin drums as gifts to used during cultural exhibitions on their campus. 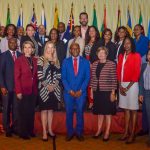 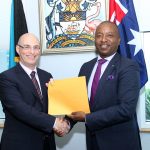 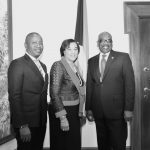 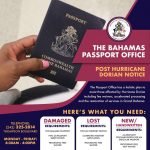 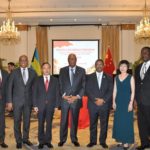