The facility, the largest of its kind in The Bahamas, is expected to replace the equivalent of 310,000 gallons of diesel annually, and will also serve as a carport with electric vehicle charging stations. It was made possible by a grant from the Government of the United Arab Emirates, through the UAE-Caribbean Renewable Energy Fund.

“Our vision is to deliver world-class renewable energy technology to meet the needs of a developing and expanding 21st Century economy,” Prime Minister Minnis said.

“The energy generated from these solar panels will feed into our national grid, and as I understand it, will offset some of the electricity usage of neighbouring schools.”

One of the key priorities of the Minnis Administration is that 30 percent of the country’s total electricity matrix should be comprised of renewable sources by 2030.

The target is part of an international commitment made by The Bahamas as a party to the 2015 United Nations Paris Agreement on Climate Change.

The Prime Minister noted that while The Bahamas contributes very little to the emission of greenhouse gases, and the corresponding threat of climate change, it is extremely vulnerable to its effects.

“The Bahamas can demonstrate that even the smallest countries can make a difference when we pool our resources and focus on solutions that benefit humanity,” said Prime Minister Minnis.

The Government of The Bahamas owns and operates rooftops, parking lots and green spaces ripe for multi-purpose uses such as the introduction of solar technology.

The administration’s energy sector reform includes energy conservation, the use of the country’s renewable resources to reduce the carbon footprint and the provision of more affordable energy to residents, small businesses and larger commercial enterprises.

Last month, the Ministry of Environment and Housing engaged Woslee Construction to begin the roof-mounted installation at the Anatol Rodgers High School.

The project is now in the procurement stage and construction is set to being in the coming weeks.

“We are making progress in our efforts to incorporate solar power generation into the Ragged Island electricity grid. This will make Ragged Island the first green-smart island in The Bahamas.”

Energy audits of government schools and buildings are expected to begin in short order, and the Government is continuing its engagement with the Carbon War Room/Rocky Mountain Institute to stabilize the cost of electricity; increase the resiliency of distribution grids; diversity the local job market; and provide capacity building opportunities for Bahamians interested in getting into the green energy sector.

Prime Minister Minnis said the Government is also working diligently to find other suitable grants and partnerships, and to continue its partnership with the UAE and Masdar – responsible for technical management – in order to expand the use of renewable energy throughout the Commonwealth.

18 March 2019
Office of the Prime Minister
Nassau, The Bahamas

Cabinet Ministers in attendance to the ceremony.

L-R The Hon. Lanisha Rolle, Minister of Youth Sports and Culture; Minister Henfield, The Hon. Jeffrey Lloyd, Minister of Education and The Hon. Pakesia Parker-Edgecombe, Parliamentary Secretary in the Office of The Prime Minister.

The Hon. Romauld Ferreira, Ministry of the Environment and Housing giving his address.

“DECEMBER 10, 2019: THE SEVENTY-FIRST (71ST) ANNIVERSARY OF THE ADOPTION OF THE UNIVERSAL DECLARATION OF HUMAN RIGHTS”

Today, December 10, 2019, the Government and people of the Commonwealth of The Bahamas join the international community in commemorating the Seventy-first Anniversary of the Adoption of the Universal Declaration of the Human Rights. The United Nations General Assembly Resolution 423 of December 4, 1950, invited all Member-States and interested organisations to adopt December 10…

London, UK 29th November 2019   BAHAMAS ELECTED TO THE COUNCIL OF THE INTERNATIONAL MARITIME ORGANIZATION   The Bahamas was elected by the 31st Assembly of the International Maritime Organization (IMO), on the 29th November 2019, to serve on the IMO Council for the period 2019-2021. The Bahamas will serve a two -year term on the 40 member… 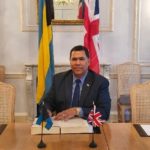 THE COMMONWEALTH OF THE BAHAMAS SIGNS CARIFORUM-UK EPA

LONDON, England — On Wednesday 27th November 2019, the Commonwealth of The Bahamas became the latest country of the Caribbean Community (CARICOM) to ensure trade continuity with the UK following on from the ten-year-old economic partnership agreement (EPA) signed between the Caribbean Forum (CARIFORUM) and the European Union. Signing the EPA between CARIFORUM states and… 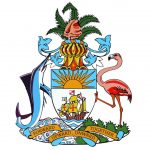